The NBU bought a record amount of currency in two years 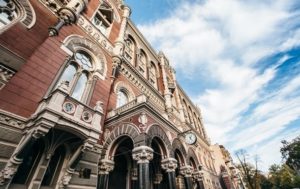 The excess of currency on the market is associated with the issuance of Eurobonds by Ukrenergo in the amount of $ 825 million.

During the working week of November 8-12, the National Bank of Ukraine bought $ 858.3 million on the interbank foreign exchange market. At the same time, the central bank did not sell the currency on the interbank market, according to the regulator’s website on Friday.

This is a record volume of the redeemed currency in a week for almost two years – since December 2019, when the regulator acquired over $ 1.5 billion.

Of the total volume of transactions for the purchase of foreign currency, the NBU bought $ 15 million at the best rate (Matching), the rest – at a single rate.

As clarifies The economic truth is that the excess of currency on the market is associated with the issue of Eurobonds by Ukrenergo in the amount of $ 825 million.

“The operator converted them into hryvnia in order to transfer UAH 19.3 billion to a Guaranteed buyer to repay debts to green generation,” the report says.

In general, since the beginning of the year, the NBU has bought 3.6 billion dollars on the market, and sold 246.6 million dollars. The positive balance of interventions amounted to more than $3.3 billion.