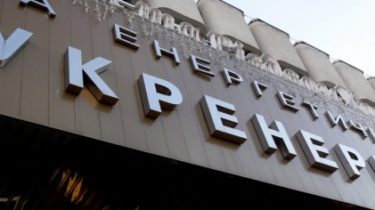 The money will be “Ukrenergo”.

Germany has earmarked for the reconstruction of four substations in Ukraine 150 million euros. The corresponding agreement was signed by representatives of the German state Bank KfW and the Ukrainian government, UNIAN reports.

From the Cabinet of Ministers was signed by Finance Minister Alexander danyluk and acting General Director of state enterprise Ukrenergo Vsevolod Kovalchuk. From Germany the document was signed by Director of the Bank Eva Vitt.

As explained by attending the signing of the agreement by the Minister of regional development, construction and housing and utilities Gennady Zubko, this event will contribute to the infrastructure development of the Ukrainian energy sector. “I would like to thank the German government for the fact that for several years it continuously supports Ukraine not only in financial terms,” he said.

As reported, in the summer , the terrorists fired at Uglegorsk TPP. Without light there are settlements around.

Non-admission to the new leader, “Ukrenergo” has turned into another scandal of the organization

For 5 a month the new leader of “Ukrenergo” cannot proceed with the execution of their duties. In may Sergey Zuev won early in the contest for the position. However, the court blocked his appointment because of complaints of participants. Now the Manager and his lawyer learned that SB against the Prosecutor’s office of Crimea has opened a case for encroachment on the territorial integrity of Ukraine.