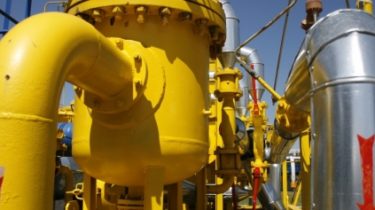 According to the Minister of energy of the Russian Federation, the agreement with Ankara on “Turkish stream” can be signed in the coming days.

The agreement between Moscow and Ankara on the project “Turkish stream” can be signed in Istanbul in the coming days.

About it in interview to the newspaper Hürriyet reported by Russian energy Minister Alexander Novak, the Russian geinformeerde TASS.

He noted that the agreement could be signed during the meeting of the intergovernmental Russian-Turkish Commission on trade and economic cooperation, which will be held on 10-12 October.

It is expected that the offshore section of Turkish stream will consist of 4 threads with a capacity of 15.75 billion cubic meters each.

See also: “Gazprom” has received permission for the construction of the offshore section of Turkish stream

Negotiations on the project was terminated in October 2015, ostensibly because of the political situation in Ankara. However, according to sources, Gazprom has had problems with financing.

“Turkish stream” was started after the EU froze the work on South stream, another Russian pipeline project to bypass Ukraine. “Tureckii stream” — a gas pipeline that will be laid under the Black sea from Anapa district of the Russian Federation to Turkey.