In the Luhansk region, two soldiers blown up by stretching 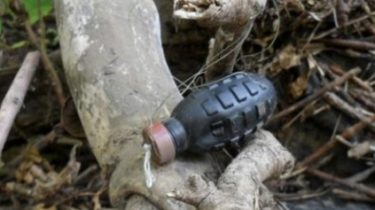 In the Luhansk region, two soldiers blown up by stretching

One soldier was killed, a second injured, said the head of the Lugansk military and civil administration.

In the area of ATO two soldiers blown up by stretching: one dead, second injured. About this informed the head of Luhansk military and civil administration Yury Garbuz, the TV channel “112 Ukraine”.

“On the side not adhered to the “silence mode”. Also, if we are to take the Gold and Katerinovka, today was a very hot night. Within 15 attacks were for 2-2. 5 hours. Went DRGs in the area Katerinovka, it is very near to Gold. As time was also a serious battle. Our guys gave a serious rebuff,” said Garbuz.

See photos: the defense Ministry assured that after the withdrawal of forces in the ATO area, the line will not change

Recall, according to the press center of staff ATO, as at 6.00 am on 9 October for the last days of the Russian occupation troops 48 times opened fire at positions of the Ukrainian defenders. In particular, in Lugansk direction there were 16 violations “regime of silence”.