Klitschko claims that “Heroes of Dnepr” do not build the Mall 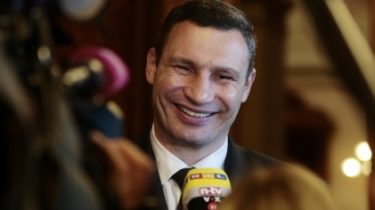 Klitschko claims that “Heroes of Dnepr” do not build the Mall

According to the head of the city, work to strengthen the station.

The mayor of Kiev Vitali Klitschko said that work on the “Heroes of Dnepr” – planned and aimed at ukreplenie metro station.

“I want to stress again… that was not speculation. “Heroes of Dnepr” today, work is continuing on the planned consolidation of metro and construction of the waterproofing. This needs to be done. And these works should be completed until weather conditions permit”, – quotes its words “Ukrainian truth”, he said at a meeting of the city Council.

According to him, the work “Metrostroy.”

“I understand that there is some inconvenience for residents, and some time is needed to efficiently make the needed repairs. I emphasize again: the construction of the shopping center will occur only with the consent of the public” – summed up the Klitschko.

Klitschko promised that without the consent of the Kiev construction of the SEC will not.

Construction of the shopping Mall at the metro station Heroes of the Dnieper gave rise to a precedent. Now all developers must act under the new Memorandum on relations with the public.