Kyiv veterinarian spoke about the medical use of cats for people 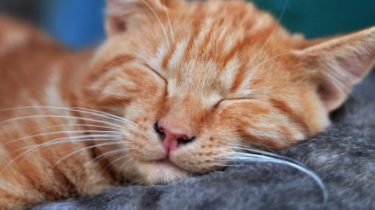 Kyiv veterinarian spoke about the medical use of cats for people

In the capital looking for homes for rescued at the Donbass cats and dogs.

Upon arrival in Kiev, the wounded cat Baron was a cat Baroness. The military picked up the wounded kitten, not looking into sexual characteristics. The animal had a fractured leg, the bone began to rot. Military paramedic Stepan Kazakov brought him to Mariupol by train on a separate shelf. Now an animal does Svetlana Dagur – regularly report on the status of Donbass beauty in social networks, visits to the hospital and brings in the people, or rather, cats.

In the Metropolitan animal shelter brought four-legged immigrants from the Donbass. Upon arrival in Kiev, the wounded cat Baron was a cat Baroness, and the puppy Calypso already has a girlfriend.

Homeless four-legged kiyani new friend first, beware. They also picked up on the street before they had the appearance of not very presentable. Svetlana proves that cats often pick up in the fall because in this season people need a bit more warmth and someone with whom you can talk. And cats is soft and nice heaters and the sides.

The vet Baroness predicts that the cat is in two days will be discharged from the hospital. Some time it is still a little limp, but good hands will quickly return to normal. “They take the pressure off and treat neuroses. Cat owners are less likely to get sick than people who do not communicate with cats,” – says the doctor Vladimir Golovin.