Russia became the largest importer of bananas in Belarus. Minsk slipped Russia is not your apples 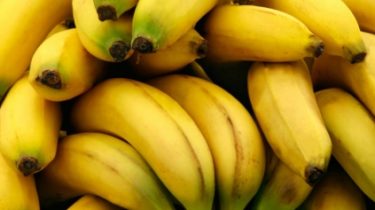 Russia became the largest importer of bananas in Belarus. Minsk slipped Russia is not your apples

From Russia to Belarus were brought to 17.3 thousand tons of “Russian” bananas.

In the first half of 2016 50% of imported bananas – 17.3 thousand tons in Belarus is imported from Russia. Russia in this “domestic” fruit earned 12.2 million U.S. dollars.

“It should be noted also the significant volume of import of bananas to the Republic of Belarus from the Russian Federation in previous years. So, in 2014, imported 24.4 thousand tons of bananas with a total value of 19 million USD, and in 2015 – 19 thousand tons worth 14 million dollars”, – says the State customs Committee of Belarus.

At the same time Belarusian businessmen also have “business flair” and set in Russia in 2015, five times more apples and mushrooms (573 tons), than actually cultivated and harvested. So walked around the food counter Kremlin’s response to Western sanctions due to Russian aggression against Ukraine. “Belarusian” apples are now beginning to engage the Prosecutor General of Russia.

We will remind, the President of Belarus Alexander Lukashenko has accused Russia of economic pressure. They say that his country had always adapted to the “neighbors” in order not to disturb them, but now endure is not ready. Therefore, Belarus has increased one and a half times the cost of Russian oil transit.