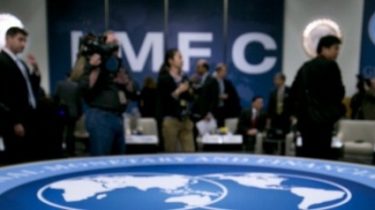 To the fore in conversations it turns out pension reform.

Following the mission of the International monetary Fund will arrive in Ukraine in late October for talks about the provision of nearest tranche. This was reported in Washington, Finance Minister Alexander danyluk, stated in the story TSN.19:30.

According to him, to receive the next loan from the IMF Ukraine has to fulfill several requirements – in particular, to adopt draft state budget for next year. Its in the IMF evaluated positively and was called realistic, but added a few comments and clarifications.

The Fund also welcomed the changes to the Tax code and insists on pension reform and raise the retirement age for Ukrainians. “The Fund is waiting for our vision, and we now formed. I think all that will be done will benefit the people. It should be understood. We as the government, in principle, came to work for the people. Don’t want to refer to the IMF is just objectively must be done, because people need to get a decent pension after a year or two or three. This is our commitment,” – said danyluk.

The next IMF mission will arrive in Ukraine in late October. Negotiations on the next tranche’re not yet. This was reported in Washington, Finance Minister Alexander danyluk. According to him, to receive the next loan from the IMF, Ukraine should fulfill a number of requirements. In particular, to adopt draft state budget for next year.