In Kiev mysteriously disappeared the owner of the coworking centers 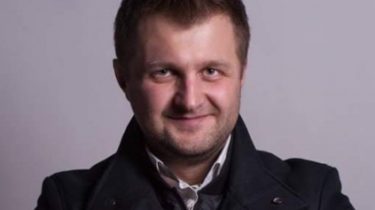 In Kiev mysteriously disappeared the owner of the coworking centers

Denis Kozhushko went to pay Bank account and not returned.

In Kiev, looking for the mysteriously missing owner co-working center Denis Kozhushko. He went to the Bank to pay the bills, and promised to return in a few minutes. To financial institutions the man never came. His house for several days waiting for his wife and two daughters, two and eight years, says the story TSN.19.30.

Friend Kozhushko Daria Uncensored remembers the last phone conversation with him. With the man she talked to last Monday – the day before his strange disappearance.

“I called him to ask how things were going. To which he replied: “If I survive, then a good day”. I said, “Well, you suck at jokes”. What he did not say anything,” – says Daria.

30-the summer inhabitant of Kiev Denis Kozhushko – owner of two coworking centers. He founded together with his brother. Renovation, furnishing and even paying your bills a man was doing himself.

That day, Dennis came to work as usual in the morning. First, he had to do is pay for the Internet. A man walked into a Bank, while leaving the phone, which he always carried with him, the keys and documents. When Denis appeared in the office in a few hours, the first excited Secretary Olga.

“He was excited. He always was so cheerful. That morning he did not have any emotions. Glass, blank stare,” she says.

Read also: In Kiev searching for 14-year-old girl who left home for training and was gone

The woman called brother missing in Iraq. The same day he was able to receive video from multiple surveillance cameras near the office. It can be seen that to the Bank Denis is not reached.

Versions of the causes of the disappearance of brother Vadim has not. The man claims – neither impeding the activity of coworking, no personal threats to Denis was not.

The police have questioned relatives and friends of Denis. In addition, put together a video from all surveillance cameras.

See also: Suspects in the disappearance of Lviv poznyakova protectorates wanted by Interpol

“Part already worked out a surveillance camera, also from the Metropolitan record. The part that worked out, didn’t give any information,” – said the press-Secretary of the Obolon district police station Oksana Shcherbak.

October 10, investigators sent a request to the court to obtain information about phone calls and messages Denis Kozhushko.

30-the summer inhabitant of Kiev Denis Kozhushko – owner 2 co-working centers. He founded together with his brother. That day, Dennis came to work as usual in the morning. First, he had to do is pay for Internet. The man went to the Bank branch while leaving the phone, which he always carried with him, the keys and documents.