Poltorak said, when contractors will replace all military mobilization in the area of ATO 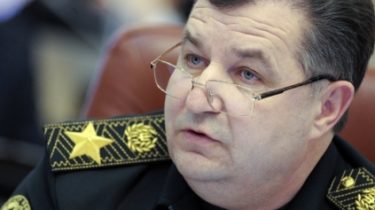 Poltorak said, when contractors will replace all military mobilization in the area of ATO

For 2016 for contract service in the armed forces joined 57 thousand people.

Within 9 months of 2016 on contract service in the Armed forces of Ukraine entered the 57 thousand people.

“This year we do very seriously moved forward. For today, this year alone, almost 9 months, we called more than 57 thousand men and women in the service contract. In a month we call from 5 to 7 thousand”, – said the head of the MOU.

See also: Joy and relief, the emotion of the military on the front of the letter of demobilization

According to Poltorak, the majority of the parts already assembled from military contract and it is planned that after the demobilization of the last phase, to be completed by the end of October, in the ATO area and on the line of collision, one of the soldier mobilization.

Recall that the momena from the beginning of the confrontation in Eastern Ukraine in the ranks of the armed forces were mobilized 3590 railroad. Now 2250 railroad has returned from the ATO on a permanent job. Other mobilized workers of PJSC “Ukrzaliznytsia” continue to perform military service, defending the country from the aggressor. Ukrzaliznytsia also said that to support the troops and their families mobilized and wounded in the ATO area the railroad provided more than 19 million UAH.