Million Scam in Chernivtsi: the Director of the company sold the apartment in the house which does not belong to him 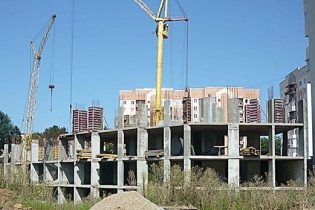 Million Scam in Chernivtsi: the Director of the company sold the apartment in the house which does not belong to him

The swindler has appropriated more than ten million.

Director of Chernivtsi has developed a fraudulent scheme with the use of investor funds.

“For the fraud he has created all the conditions. Placed ads for the sale of apartments in the media and attracted to finding investors real estate Agency.
In addition, the head of the society he held the position of Chairman of the housing cooperative. During the conclusion with citizens contracts of suretyship forgot to tell them that they can not issue the ownership of property rights, and their money will be used to repay the loan and other costs not associated with the terms of the contract”, – stated in it.

Thus, all property rights belonged to the Bank, not the developer, however, investors were confident that the funds will be used for the construction of their apartments.

That is, a Director of the company Builder sold the apartment, which actually belonged to the financial institution.

Currently, the construction of a residential building is not carried out, the apartments in the property of citizens are not transferred.

Speculator is already reported about suspicion for fraud and legalization (laundering) of income obtained by criminal means.

We will remind, withtalica police warns of a new car Scam. It is reported by the Department of communication of the police of Kiev. Usually, victims of scams have become the owners of stolen cars. So, the attackers are monitoring Internet sites and after the illegal taking the car call to the victim with the news of the establishment of the location of the machine. At the same time for the information requested to transfer a certain amount on a Bank card.