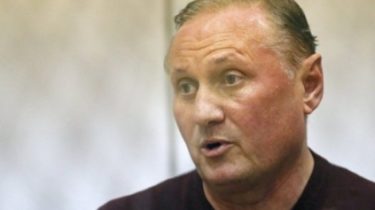 The former MP will remain in custody until at least November 24.

The Kyiv court of appeals refused the appeal on the arrest of the former Chairman of the party of regions faction in Verkhovna Rada Alexander Efremov.

The court upheld the decision of the Pechersk district court of Kyiv on the extension of the arrest of Ephraim and the ex-Deputy will remain in custody until at least November 24.

Read also: Yefremov told about the conditions in jail: “Porridge in the morning, afternoon and evening”

Recall that Ephraim was detained at the airport “Borispol”when he tried to fly to Vienna. He is suspected of infringement of territorial integrity and inviolability of Ukraine, namely – involvement in the creation of so-called “LNR”. It is noted that the former regional can still bring charges of financing terrorism. Suspicion Ephraim handed Sunday, July 31.

August 1 a former MP elected a measure of restraint – detention for two months. Previously, Ephraim was already arrested twice for speaking in the Parliament, which, according to investigators, showed signs of separatism and participation in the adoption of “draconian laws”.

Efremov tries to appeal the extension of his arrest

A petition will consider the Metropolitan court of Appeal. Ex-Deputy accused, in particular, of infringement of territorial integrity of Ukraine. He was detained in late July in “Borispol”, where the former regions, according to the Prosecutor General, tried to fly to Vienna.