The Russian court received a Ukrainian request for videotapes Yanukovych 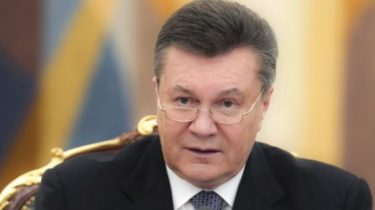 The Russian court received a Ukrainian request for videotapes Yanukovych

Russia needs to inform the Ukrainian side about the results of consideration of the request.

The Ministry of justice of the Russian Federation confirmed the receipt of a request for interrogation via video link ex-President Viktor Yanukovych and former commander of internal troops Stanislav Shulyak.

The request for interrogation of Yanukovych and Shulyak as witnesses former employees of special division “Berkut” was sent to Svyatoshinsky district court of Kiev.

See also: GPU reported by the son of Yanukovych on suspicion of misappropriation of “Mezhyhiria”

Yesterday, 13 October, it became known that the European court of justice of Ukraine rejected an appeal against the decision on the reimbursement of its legal costs the former President of Ukraine Viktor Yanukovych and his sons. This was stated in a law firm Joseph Hage Aaronson.