The lack of new sanctions against Russia and bezviz for Ukraine. Five things you might oversleep 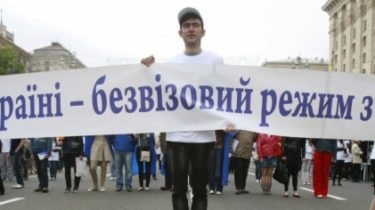 The lack of new sanctions against Russia and bezviz for Ukraine. Five things you might oversleep

2. The European Union adheres to a consistent course in its policy toward Russia and will not compromise in matters of European values and principles. This was stated by the President of the European Council Donald Tusk. In Europe condemned the actions of the regime of President Assad and his ally Russia over bombing the city of Aleppo. But, formally, the European Council this time has not adopted a formal policy document in relation to Russia, but this issue, including the extension of sanctions will be considered at the next summit in December. Read more→

3. EU countries will think about sanctions against Russia if the current intensity of air strikes in Aleppo, Syria will continue. Such statement has made German Chancellor Angela Merkel. The Chancellor noted that the two countries already have more of a consensus on the strategic options for Russia. On the one hand, according to her, there is a desire to cooperate, but on the other, European countries can’t ignore differences on Syria. Read more→

4. Ukraine will receive access to the uncontrolled border with Russia on the second day after the local elections in the occupied part of Donbass. It is provided by the Minsk agreements, which were adopted in February 2015. This was announced by Deputy head of presidential Administration Konstantin Eliseev. But, according to him, this election must be made in the context of Minsk: to be withdrawn Russian troops from the Donbass, the OSCE mission should receive constant access uncontrolled areas of the Ukrainian-Russian border. Read more→

5. Members of Parliament nearly doubled his salary: the relevant provision is contained in the draft State budget for 2017, which the Parliament adopted in the first reading. The document establishes the base salary of the Chairman of the Verkhovna Rada Andrew Parubiy in the amount of 30 minimum wages. Given that the minimum wage in Ukraine is UAH 1450, then his salary will amount to 43.5 thousand. Read more→