In the Kiev metro detained the man with “Revolver” 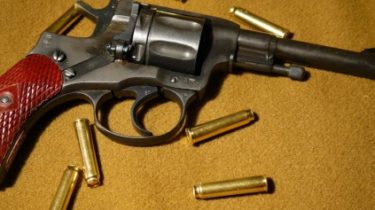 In the Kiev metro detained the man with “Revolver”

Militiamen find out why he needs a gun.

In Kiev, metro police arrested 51-year-old man with a revolver of Revolver system.

The incident occurred on the platform of the metro station “Lybidskaya” in the evening of 26 October. Police noticed a suspicious man and invited him into the room of the police. During surface inspection, he found and seized a pistol and six rounds of ammunition.

The weapons were seized for examination, police investigate why a man was wearing a revolver. Initiated criminal proceedings under article 263 of the Criminal code of Ukraine – illegal handling of weapons, ammunition or explosives.