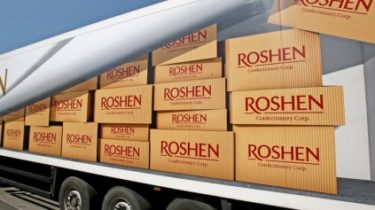 A portion of income directed to charity in Ukraine.

Confectionery Corporation Roshen, owned by Ukrainian President Petro Poroshenko, withdrew from their Lipetsk assets in Russia 72 million dollars of dividends for the years 2014-2016.

About it ЛИГА.net reported in a press-service of the Corporation. Dividends received in the budget of Ukraine has paid of 125.63 million UAH of taxes.

The Roshen assured that the money invested in production development. Part of the money sent to charity projects in Ukraine. In particular, 165,85 million UAH spent on the construction of the Theatre on Podol in Kiev, which will open in spring 2017. Another 54 million UAH, the Corporation invested in a project to help the national children’s specialized hospital and polyclinic hospital in Kiev. 30 million plan to invest until the summer of 2017. Of 17.07 million UAH, the Corporation spent on the construction of enclosures in Cherkasy zoo.

We will remind, Putin said that the Lipetsk factory Roshen puts profits abroad.