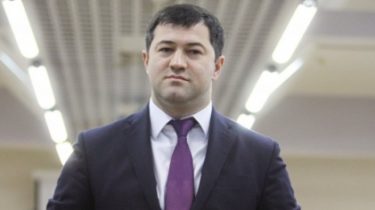 The head of the SFS also owns an apartment, two houses and lots of jewelry.

This is stated in the Declaration posted on the website of the National Agency for prevention of corruption.

See also: the Finance Minister has shown the Declaration: Antiques, SUV’s and hundreds of thousands of dollars

The official pointed 36096 hryvnias of a salary, which he received while working in the Verkhovna Rada, 719 hryvnia of insurance indemnities of UAH 800 thousand. income from the alienation of movable property. 4.14 million UAH. he received from the transfer of rights and obligations under the agreement on participation in construction financing Fund, his wife 4,064 million.

Roman Nasirov owns five plots of land in Kozyn Kyiv region and 20 plots in the village Kolychevo in Chernihiv. He also owns a flat in Kiev with an area of 157 sq m, and his wife recorded four apartments. In addition, the Chairman of the SFS has two houses in Kozina and Vite Post.

Wife Nasirov has corporate rights in CJSC “construction Fund resources” to 1.75 million UAH and is included among the members of the cooperative Lesnoy Bor.

“These are the Anglo-Saxon system of law related to the case for the London apartment of pan Roman I forgot to mention both paper and in the current, electronic version of the Declaration. In fact, Nasirov will avoid responsibility, as noted by the presence of specific rights. What exactly had they will occur according to the leaseholders rights – a question of another order,” – said on his page on Facebook journalist Alexander Limanov.