Unfinished house and an income of more than UAH 2 million. Sumar published e-Declaration 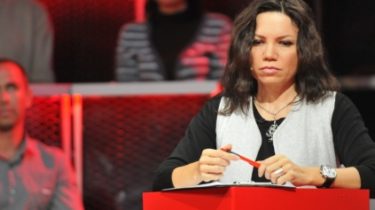 Unfinished house and an income of more than UAH 2 million. Sumar published e-Declaration

The MP holds cash of $ 87 thousand

The head of the Verkhovna Rada Committee on freedom of speech and information policy Victoria syumar stated that its revenue amounted to more than UAH 2 million.

This is stated in her e-Declaration for 2015.

Income in 2015 Sumar received from the alienation of immovable property (nearly 2 million UAH) and in the form of wages (78 ths.). The income of her husband amounted to more than UAH 1 million (business and dividends).

A sign of corruption or distrust of banks: the Ukrainian officials prefer cash

Andrey Lozovoy, Igor Mosiychuk, Oleg Lyashko, Serhiy Leshchenko, Sytnyk and dozens of high-ranking officials keep thousands and millions of cash at home. For the civilized world is a direct symptom of corruption, but for Ukraine, it seems the absolute norm.