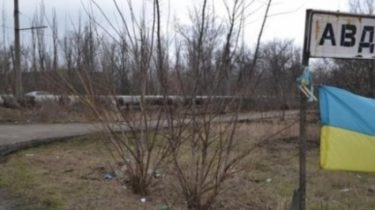 As explained by the General Director of Avdiivka coke is de-energized Donetsk filtering station.

As a result of shelling of Avdeevka remained without water supply.

This was reported by General Director of Avdiivka coke (Avdiivka coke) Musa Magomedov on his page in Facebook.

According to him, during the shelling were de-energized Donetsk filtering station.

“Once again Avdiivka coke on one input of the four – “Donetsk-1″. Donetsk filtering station is de-energized Avdiyivka without water,” wrote Magomedov.

He expressed the hope that today will obtain permission for the restoration work and recover the input “Makiyivka-2”.

“Unfortunately, the line Yasinovataya 1 and 2 we are not allowed to recover for several months, despite repeated requests to the JCCC”, he added.

We will remind, according to the press center of staff ATO in the past days, the Russian occupation forces hit the positions of Ukrainian soldiers in the East in all directions. Overall, for the 19 November 36 attacks.