The conversation with Putin, Obama and the relations of NATO and Russia. Five things you might oversleep 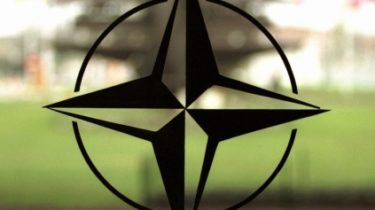 The conversation with Putin, Obama and the relations of NATO and Russia. Five things you might oversleep

1. US President Barack Obama during the meeting with Russian President Vladimir Putin asked him to try to make progress on implementation of the Minsk agreements until the end of his term in January 2017. “I spoke with him (Putin – ed.) of Ukraine, about the necessity to fulfill Minsk. I urged him to instruct his negotiating team to work with us, with France, Germany and Ukraine to see if we can achieve this before the end of my term,” said Obama. Read more→

2. Alternative to the Minsk agreements – Russia destabilization of Ukraine and the “freezing” of the conflict in the Donbass. This was stated by foreign Minister Pavlo Klimkin.”We all know that the Minsk agreement is the commitment, including political commitments on the part of Russia. We need to force Russia to fulfill at least the fundamental steps. An alternative to the “Minsk” are “freezing” and further destabilization of Ukraine by Russia”, – said Klimkin. Read more→

3. NATO’s policy of credible deterrence of aggressive behavior and the simultaneous attraction of Moscow for dialogue is the most effective. This was stated by the head of the NATO Military Committee, General Petr Pavel. “In the last decade Russia has significantly increased its military power. However, the NATO units that are stationed in the neighboring Russian countries, to prove the futility of such a policy,” Paul said. However, he acknowledged that concern the Baltic States about possible Russian invasion are justified. Read more→

4. The international monetary Fund demands to raise the retirement age for Ukraine. This was stated by Deputy Finance Minister Oksana Markarova. “The IMF does not require raising the retirement age in Ukraine. There is a requirement to balance the Pension Fund. Of course, this can be done by raising the age, but it is not the only way. To balance can make all the contributors to the Pension Fund,” she said. But Markarov added that it cannot guarantee that this will not happen in the future. Read more→

5. The speaker of the Verkhovna Rada Andrei Parubiy said that Ukraine aims to become a NATO member. “The decision of the Bucharest NATO summit should be implemented and Ukraine will be a NATO member,” – said paruby. Read more→