At the Odessa airport has exposed a massive scheme of bribery 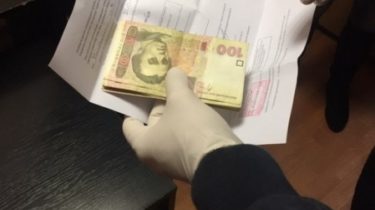 At the Odessa airport has exposed a massive scheme of bribery

During one shift, the customs officers received up to one hundred thousand hryvnia.

Employees of SBU together with the Prosecutor’s office exposed the scheme in a systematic receiving of bribes by customs officers in Odessa international airport.

Customs officers regularly took money from private entrepreneurs, who exported and imported goods through the airport, the press service of the Ministry.

Read also: Journalists uncovered a corruption scheme of the Metropolitan customs to tens of millions of hryvnia

According to the report, the price for; failure to prepare the Protocol ranged from 50 to 100 USD for each item of baggage. According to preliminary information, during one shift, the customs officers received up to one hundred thousand hryvnia.

One of the customs officers law enforcement officers caught in the act.

“Field investigators of security service of Ukraine documented multiple episodes of receiving bribes by customs officials at the Odesa international airport. Law enforcement officers detained one of the customs workers at the workplace while receiving thousands of hryvnias from the businessman for the free export of cigarettes and meat products”, – stated in the message.

We will remind, recently it became known that the Sumy customs “krysheval” illegal import millions of hryvnia. In particular, the customs officers helped the entrepreneurs to bring fabric into the country without payment of obligatory payments.