In Kiev in a dumpster found the grenade with the fuse 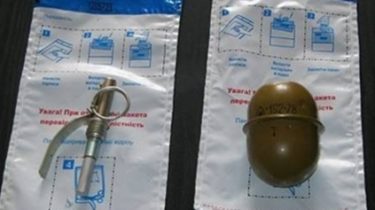 In Kiev in a dumpster found the grenade with the fuse

The police have found out, where did the ammunition in the trash.

In Kiev on the street Knyazhiy Zaton in a dumpster found a grenade “RGD-5” fuse.

About it reported in Department of communications of the National police GU of the capital.

Now militiamen find out, as in garbage was a grenade and its origin.

See photo: Broken offices, bus and wounded. In Kiev fight marked the anniversary of the revolution of dignity

We will remind, earlier on the outskirts of Ivano-Frankivsk found several caches of weapons. The attackers hid guns and ammo in glass jars and poured stroyrastvor.