Novoaleksandrovka the sniper shot, and on the plant beat from grenade launchers. Digest ATO 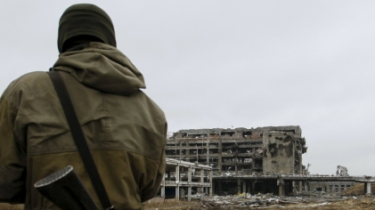 Novoaleksandrovka the sniper shot, and on the plant beat from grenade launchers. Digest ATO

From mortars and rocket-propelled grenades occupants fired at Maryinka, Shyrokyne, Krasnogorovka and Talakovka. In Novotroitsk, Marinka and Pavlopol fire kept the sniper. In Donetsk direction was fired on the Ukrainian positions near Avdeevka and Lugansk BMP, grenade launchers and small arms.

We will remind, push stroke past day, November 22, the Russian militants and the occupation forces were shelling in all directions in the ATO area. In Novotroitsk and Pavlopol fire led sniper.