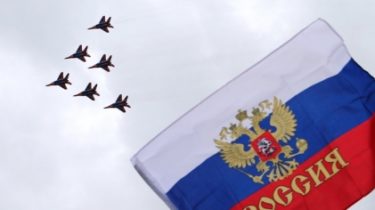 The sharp increase in the supply of fuel was observed in October.

Tankers of the Russian Federation delivered fuel for jet planes to Syria through the territorial waters of the European Union, which is a violation of EU sanctions.

About it reports Reuters, citing sources.

At least two Russian ships delivering the fuel to Syria through Cyprus. This was told to Agency a source in the exploration of one of the European States. The sharp increase in the supply of fuel was observed in October. Another source said that the Russian ships came into the ports of Cyprus and Greece, before delivering fuel to Syria.

The government of Cyprus stated that it did not approve of the presence in its ports any Russian tankers carrying fuel for jets to Syria, the Agency said. The Greek foreign Ministry declined to comment.

Recall that Brussels has imposed sanctions against ten other high-ranking Syrian military personnel and officials of the regime of Bashar al-Assad.

The sanctions imposed against people “responsible for the violent repression against the civilian population of Syria supporting the Assad regime or related to these people.” The names of the people included in the black list, is not yet known.

In the sanctions list of the EU on the Syrian conflict now appeared to be 217 people. They are banned entry to the EU, and their accounts on the territory of countries-members of EU are frozen.