The EU will allocate money for the salary Ukrainian officials – media 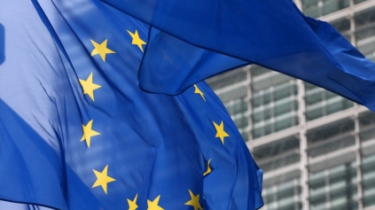 The EU will allocate money for the salary Ukrainian officials – media

However, the assistance will be distributed between the experimental teams of the reformers in the individual ministries.

The European Union will send to Ukraine financial assistance in the amount of about 120 million euros, of which 15 million will go to the fight against corruption, and 104 – on civil service reform. It is reported by the European source of truth.

According to the European official, 104 million euros will be directed to the state budget, and from there the money provided for higher wages to a decent standard, will be distributed to teams in support of reforms in each Ministry.
See also: Summit EU-Ukraine: bezveza yet do not give, but promised money and increasing pressure on Russia

The allocated funds will be spent on wages and training to improve the skills of workers of the state apparatus.

However, additional funding is not global, and experimental. The pilot project will begin with the Ministry of Finance, Ministry of agrarian policy and the Ministry of Infrastructure.
See also: Signed agreements and statements about the fate of bizwise. The results of the summit Ukraine-EU

It should also be noted that a corresponding agreement will be signed later because of the lack of all necessary documents.

We will remind, today, on 24 November, in Brussels began a summit Ukraine-the European Union, which will discuss issues bezveza, anti-corruption reforms and implementation of the Minsk agreements.
In Brussels, the start of the summit Ukraine-EU

European Union leaders meet with President Petro Poroshenko, will speak about cooperation between Kyiv and Brussels, the Minsk negotiations and sanctions against Russia. It is already known that the introduction of a visa-free regime at the summit is to declare will not.