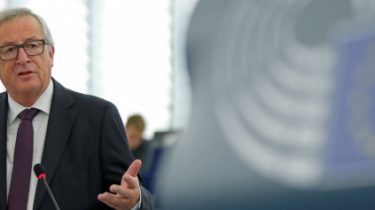 Juncker stressed that further delays in the abolition of visas is not.

Member countries of the EU have to make a decision on the abolition of visas for Ukraine.

This was stated by the President of the European Commission Jean-Claude Juncker during a press conference after the summit Ukraine-EU.

“We need to provide visa liberalization for Ukraine until the end of the year. Further delays are unacceptable,” – he stressed.

We will remind, earlier the head of the European Council Donald Tusk assured that in the EU all countries have recognized Ukraine’s readiness for a visa-free regime.

In turn, the President of the European Parliament Martin Schulz also added that granting Ukraine bezveza delayed due to the fact that member countries of the EU are unable to agree on a mechanism for temporary suspension of Schengen with third countries.