Poroshenko ready to changes in the composition of the CEC – paruby 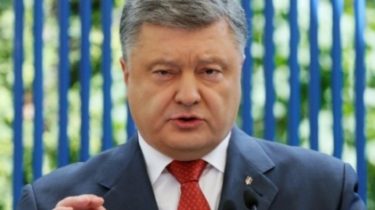 Poroshenko ready to changes in the composition of the CEC – paruby

According to the speaker, the President is willing to debate.

The President of Ukraine Petro Poroshenko expressed readiness to replace some candidates in the new composition of the CEC.

This was announced by the speaker of the Verkhovna Rada Andrii parubii in an interview to Radio Liberty.

Read also: Investigators are checking the possibility the head of the CEC of money from the “black funds” of PR – the head of SAP

“We are looking for and coordinate the option that can be supported by the Verkhovna Rada of Ukraine. And the President is ready to debate and ready to go to replace a particular candidate in the list is, in order to be able to enter the format of the positive vote in the Parliament,” he said.

According to him, the President “understands the situation, he does it”.

Parubiy noted that soon the authorities will be able to reach a decision on the new composition of the CEC.

The speaker also noted the importance of the representation was of the kind which is supported by a majority of the factions and a majority in Parliament. He noted that today it is hampered by the inconsistency of the positions of political factions.

“I was approached by a major political faction with a request to defer consideration of this question until the completion of final consultations. Must undergo further consultation about it. And obviously, you will need to do some replacement, because we can get into a very nasty legal conflict, when we take the old CEC members and will not look” – said paruby.

He also noted that on 23 November once again had a conversation about this with the President, and that was agreed on certain positions.

In June on the website of the Parliament was the bill of the resolution on the appointment of members of the Central election Commission. According to the document, will be appointed 11 new members of the CEC.