The militants a day fired on the positions of about 15 settlements. Chronicle of the ATO 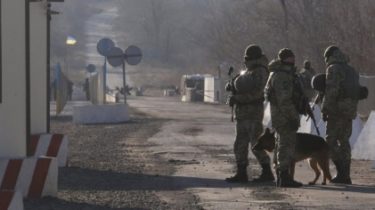 The militants a day fired on the positions of about 15 settlements. Chronicle of the ATO

Checkpoint “gold” in the area of ATO© UNIAN

Thursday, November 24, in the area of ATO in the Donbas the militants 28 times fired Ukrainian military positions about 15 settlements.

This is stated in the summary of the press center of the ATO headquarters in the morning of November 25.

“From artillery the Russian occupation troops fired at Novogrigorovka. Mortars of various calibers were used in Mariupol directionand near Maryinka, Krasnogorovka, Novotroitsk, Szerokiego, Gotovogo, the Glorious and the Water. The armament of the BMP – near Starognatovki. On Lugansk the directionand under fire from mortars and rocket-propelled grenades hit our positions near Novozvanovka, Crimean, and Novoaleksandrovka. Novooleksandrivka Village, Luhansk and the Crimean was fired from small arms. On Donetsk the directionand rocket-propelled grenades of various systems militants fired on the town, our positions in the area Experienced the sniper shot,” – said Ukrainian military.

Meanwhile, the OSCE has recorded the highest rate of violations of the truce in the Donbass.