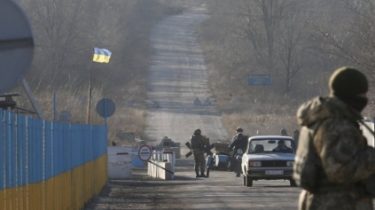 This was announced by the defense Ministry.

For the past day in the area ATO killed one soldier of the Armed forces of Ukraine.

This was announced by the speaker of the Ministry of defence of the ATO Andrei Lysenko at the briefing today.

Read also: OSCE recorded the highest level of violations of the truce in the Donbass

“Over the past day due to the fighting killed one Ukrainian soldier in the village Experienced from enemy sniper bullets. We Express our condolences to the family of the soldier who died for Ukraine”, – he said.

Earlier it was reported that beewiki fired KPVV “Marinka” road corridor “Donetsk-Kurakhovo” on the demarcation line in the ATO area. No one in the shelling were not injured.