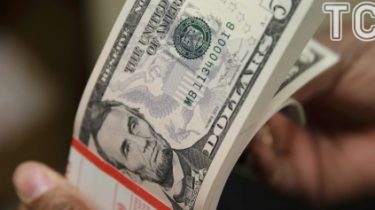 The Board of Directors of the International monetary Fund may decide on the allocation of Ukraine the fourth tranche of 1.3 billion dollars by the end of 2016. And the funds can be received before the end of this or early next year.

At least that is the hope of Finance Minister Alexander danyluk, wrote UNIAN.

The Minister assured that the IMF is satisfied with the draft state budget for 2017 and a discussion of other issues, in particular, pension and land reforms.

“The budget they had seen, here we have full mutual understanding, good cooperation. They are happy with them. As for the pension bill, it is accumulating,” said danyluk.

See also: the IMF announced economic forecasts for Ukraine and the requirements for another loan

However, despite assurances from the Minister about the Ukraine is that without loan from the IMF, the Finance Ministry is still looking for where to take the money. The Agency had previously planned to spend in December, one auction on placement of foreign currency bonds with a maturity of two years on 13 December. Now, the Finance Ministry added in the last month of the year additional auctions. On the website of the Ministry stated that 13 Dec plans to place exchange bonds of a maturity of 17, 18 and 20 months, December 20 – 22 and 24 months. Also the updated schedule provides for the placement of hryvnia bonds with a maturity period of three months, in December twice – on 6 and 27 December. In addition, the Ministry of Finance intends weekly on Tuesdays until the end of the year to offer investors hryvnia bonds with a maturity of 6, 9 and 12 months, and alternately – maturity 2 years, 3 years and 5 years.

Note that as of 25 November, the volume of government bonds in circulation the sum of principal debt amounted to 540,369 billion. While in the ownership of the National Bank of Ukraine were government securities amounting 360,646 billion, or 67% of their total volume.

Meanwhile, the national Bank for the first time in seven months, stated that its foreign exchange reserves after a period of continuous growth in November “lost” by 1.9% ($300 million) – up to 15.2 billion dollars.

“It is extremely important to continue cooperation with the International monetary Fund and receive funding under the program. Without the support of the IMF and other international donors, international reserves next year will start to decrease, because in 2017 we will need to make payments on foreign debt amounting to about $ 1.6 billion, but also to repay the IMF more than $ 1 billion under the program stand-by”, – said the Chairman of the NBU Valeria Gontareva during a meeting with top managers of the largest Ukrainian banks.

Gontareva also admits that the IMF can provide Ukraine the next tranche of the loan until the end of 2016, provided, however, that Parliament approve the state budget for 2017 in the beginning of December.

Earlier it was reported that Poroshenko is ready to lift the moratorium on timber exports for a loan from the European Union.