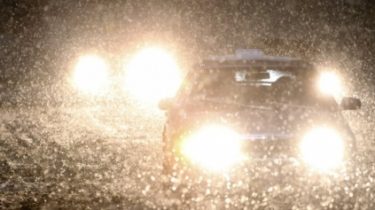 In the capital predict ice until the end of the week.

In Kiev during the week, from 29 November to 2 December, is expected to sleet.

“According to the forecast of the Ukrainian hydrometeorological center, since November 29, and hold until 2 December on the capital’s roads is expected to sleet,” – said in the message.

Read also: In Kiev housing and communal services under the snow rushed to lay asphalt

In this regard, drivers are urged to be attentive and careful on city roads.

Also in the KSCA appealed to drivers asking them not to Park their cars on roadsides so as not to interfere with snow plows.

Earlier, forecasters predicted the weather in Kyiv on the last day of autumn. In Kiev the second day in a row, rolling in the snow.