Traditions do not change: “Khlebniy Dar” – № 1 in Ukraine 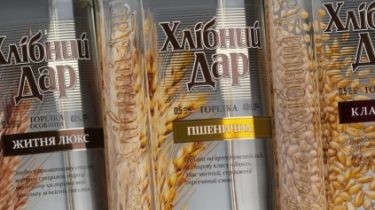 Traditions do not change: “Khlebniy Dar” – № 1 in Ukraine

Brand “Hlibniy Dar” was the only Ukrainian brand in the three of leaders of the world vodka ranking published by the IWSR magazine.

World fame came to TM “Hlibniy Dar” 7 years ago, while the first authoritative American trade magazine called vodka “Hlibniy Dar” sensation, which rapidly entered the international elite alcohol. Thanks to steady growth of sales “Hlibniy Dar” for many years, neighbors in the rankings with the giants Smirnoff and Absolut. Entry into this ranking testifies to the high status in the international community of players of the alcoholic market. It is hard to believe that in 2002 “Hlibniy Dar” was a novelty on the market. The launch of the brand “Hlibniy Dar” was in a difficult competitive environment, and today the struggle is tense to the maximum. However, the leadership of vodkas “Hlibniy Dar” is indisputable. Time has shown that work rate for a high quality and a perfect recipe for a fair price. 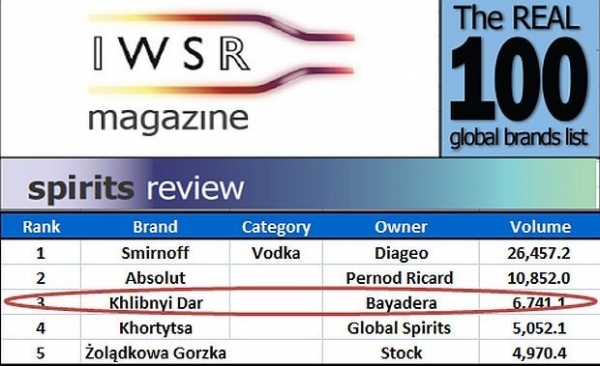 In addition to high positions in international rankings, the brand “Hlibniy Dar” confidently keeps the 1st place in Ukraine. The data of the analytical Agency RTRI confirm the strong lead of the manufacturer TM “Hlibniy Dar” – “National vodka company”, in the domestic market. “The largest share of the alcohol market by a considerable margin from the nearest competitor is more than serious result, – says Vladimir ostapyuk, General Director of profile Association “Ukrvodka”. – Such a high figure has not been achieved to any manufacturer, since 2009 to the present day, either in production or in product sales”.

“When people ask me how we managed to go global, I say that in this industry there really are no accidents – says Nikolay Babich, General Director of LLC “national vodka company”. – One of our main focuses is the ongoing development and improvement of all processes. This is what now awaits us the modern consumer: new interesting offer and guarantee high quality. We strive to give consumers the best that the market can offer, because high quality brand “Hlibniy Dar” proven”.

Confirm it and international experts. “Hlibniy Dar” received the status of one of the best vodkas in the world’s largest tasting contest Ultimate Spirits Challenge in 2016 in the United States. Thanks to the jury and objectivity of the evaluation of the Ultimate Spirits Challenge is one of the most respected in the world. In the list of winners included world elite alcohol industry, which are oriented the largest buyers and importers of alcoholic beverages.

Experts awarded the only Ukrainian brand one of the highest ratings: “Excellent. Highly Recommended” (Excellent. The most recommended). TM “Hlibniy Dar” received the highest number of points, far ahead on indicators other famous Ukrainian vodka, and asserted the primacy of the domestic market. The “Dar” was the only Ukrainian brand among the 40 finalists in its category. In addition, grain vodka “Hlibniy Dar” awarded a special award of the jury “3 Star Delicious” and is recommended for cocktails. According to experts, TM “Hlibniy Dar” has a clean and fresh aroma. They also noted the intriguing rounded grain notes in the finish.