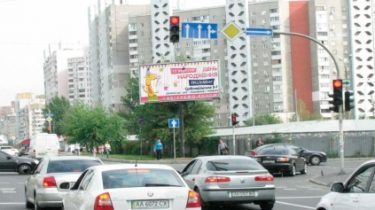 The beginning of the XXI century in our country was marked by the promotion of dynamic advertising constructions.

Gradually, from year to year, their quantity, especially in large cities, is rapidly increasing. Dynamic design has replaced the static, slowly but surely, displacing them from the streets of various cities. Where yesterday stood an ordinary Billboard, now flaunts a prism that shows three of the advertising story, not one. Rent billboards in many rating areas have been transformed to rental posmatrano and scrolls.

However, despite the active appearance of new, mobile, advertising objects, familiar to many, static, also continue to be used. Because of this, and factor that the dynamic design is often more expensive for many marketers has become an urgent question: what to choose, when preparing an advertising campaign? This will be discussed in this article.

Static and dynamic structures – what are they

Here are a few examples. Let’s start with the static advertising objects. Outdoor advertising on billboards is for the current day the most popular. This is a huge Billboard that stands at a distance of several meters above the ground. The size of the advertising space on this shield is 6 meters long by 3 meters in height.

The most popular dynamic objects are prisms and scrolls. Prism is a commercial object that looks like a Billboard. The difference is that instead of a single image on it has three. This amount is due to the fact that the plane for advertising consists of a large number of bands, each of which, in turn, is only one side of the movable element having in cross section a triangular area. Where, in fact, happening name. Inside prism includes a motor which rotates the movable elements of advertising media with a certain time interval. Thus, in automatic mode, the change of images.

Scrolling, which can be called sitebottom, has a size of 3.7×2.7 meters. The key difference from the prism is that the advertising image is a single poster. After a certain interval of time this poster is scrolled as the page of the electronic document, giving way to the next ad story. In the motion poster is using the engine is under glass, in scrolling integrated lighting. The total number of ad subjects can reach 5-6 pieces.

The advantages and disadvantages of dynamic advertising objects

At first glance it may seem that since dynamic objects replace static, they are more advantageous from the point of view of the effectiveness of placed advertisements. However, it is not. Dynamic objects, typically in order to make possible the sale of a greater number of advertising spaces. After replacing the Board on the prism, it is possible to hold this media 3 advertising campaign, and not 1 that will have a positive impact on operator profits. As for advantages, it’s not so clear.

A key feature of dynamic advertising media – this movement. This factor attracts more attention is that is an advantage. Due to the fact that dynamic media the required electrical energy, it is difficult to find the prism, and the more scrolling without backlight. So, the advertising placed on them, visible in the dark. It is also an undeniable plus.

But! Time eye contact with the is lessthan the static – and this is a minus. Is not a secret and the fact that this equipment tends to fail. In the winter months when the temperature drops below zero, this happens especially often. Breakage of a prism or scroll leads to inhibition of the campaign. And it is also a disadvantage. The cost of accommodation on the dynamics above, than on the statics.

At that time, as the static designs do not have these disadvantages. However, the demand for advertising campaign in crowded places is growing from year to year. So the static is replaced with dynamic design.

To summarize, the following should be said. First, to advertise on dynamic structures is only in the case if they are in the Central rating areas in the city. To order advertising on a dynamic carrier in a residential area makes no sense. Second, if the rating field is present, the choice between dynamics and statics – stop your choice on the latter. And, thirdly, on the basis of the modern market, advertising media, for the most effective results, you should use objects of different types, when you select dynamic in the rating field and static – in the sleeping areas.