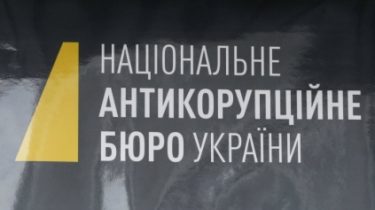 The Network has a copy of the court decision.

The court ordered the detectives NAB to make the information in eRDR according to the information on registration of Alexander Onishchenko, candidate in deputies of the Verkhovna Rada elections in 2014 for a bribe.

About this Facebook said the people’s Deputy Vitaliy kupriy, who upblow a copy of the decision of the court.

So, according to the court, the NAB needs to make in the Unified register of pre-trial investigation information about the criminal offense on signs of crime under part 2 St. 364, part 4 of article 368 of the Criminal code (abuse of power), which presumably was made by the Chairman of the Central election Commission Mikhail Okhendovsky and a former people’s Deputy David Zhvaniya.

Recall that Onishchenko is suspected of organizing the scheme with the theft of public funds amounting to about 3 billion during the extraction and sale of natural gas within the framework of joint operation agreements with PJSC “Ukrgasdobycha”.

As you know, December 6, Onishchenko for the first time issued a record with “dirt”, where supposedly recorded his interview with Oles Dovgy, who plays the role of mediator between Onischenko and Ukraine’s President Petro Poroshenko.

Subsequently, the people’s Deputy, the fugitive had claimed that he had given these records to US intelligence. However, the administration of the President’s statements regarding the “compromising” on the head of state calls do not correspond to reality.

Employees anti-corruption Bureau today will be questioned by people’s Deputy Oleksandr Onishchenko mode videoconference. After escaping to Britain, the MP accused the current political elite of Ukraine that the parliamentary seats, and the vote in the Verkhovna Rada for sale. And in the campaign to overthrow ex-Prime Minister Yatsenyuk has been spent $ 30 million.