Top 10 photo galleries of the year: emotional pictures of the war in the Donbass, fighting in the Parliament and Babes in bikini 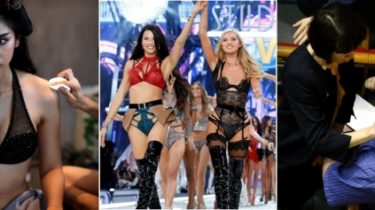 Top 10 photo galleries of the year: emotional pictures of the war in the Donbass, fighting in the Parliament and Babes in bikini

Readers interested in beauty pageants, natural disturbances and the situation in the ATO zone.

TSN.ia summed up the expiring year and collected the most popular photo gallery of 2016. We offer the ten best of them.

1. In the Crimea, a stormy Black sea was yellow

In April of this year in the village of sandy the Bakhchsarai area of Crimea, the Black sea suddenly changed color. Because of the storm sand and other minerals rose from the bottom, and “colored” water in yellow. The landscape of the occupied Peninsula if reminded of who really yellow water and blue sky look at the photographs, like the flag of Ukraine. 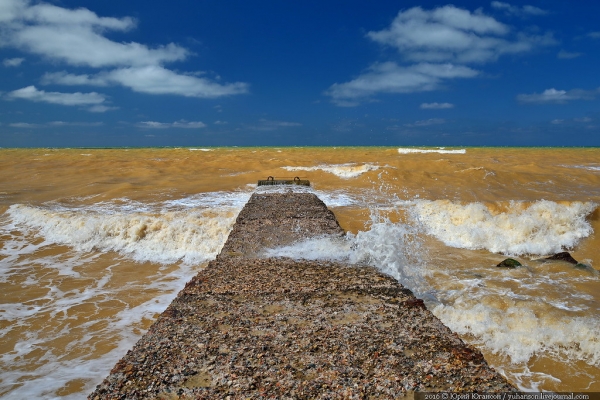 2. As was chosen “Miss Ukraine 2016”: gorgeous girls in swimsuits and tricky questions of the jury

Traditionally, readers were interested in beauty contests and was looking at pictures of long-legged girls. In September for the crown of “Miss Ukraine 2016” fought the 25 most beautiful girls from all over the country. The winner of the contest was a participant from the Dnieper Alexander Kucherenko. The girls were dressed in bright long dresses, bathing suits-bandeau and black evening dresses. 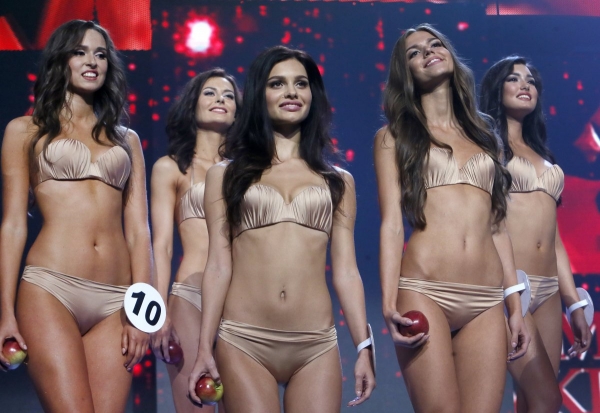 Photos from the contest “Miss Ukraine 2016”

3. In the subway in his underwear. In Kiev held a shameful flashmob

November not the best time to undress. However, this did not prevent the participants of the flash mob “Ride in shorts to the metro station” shake the buttocks in the Metropolitan subway. Anyone wishing to take part in this action has removed his pants and drove from the metro station “Heroes of Dnepr” to “Independence square”. “Khreshchatyk” playful participants were stopped by militiamen, however, immediately released. Like a flash mob for the first time held in metro new York in the United States in 2002. His goal is to surprise and delight random strangers. 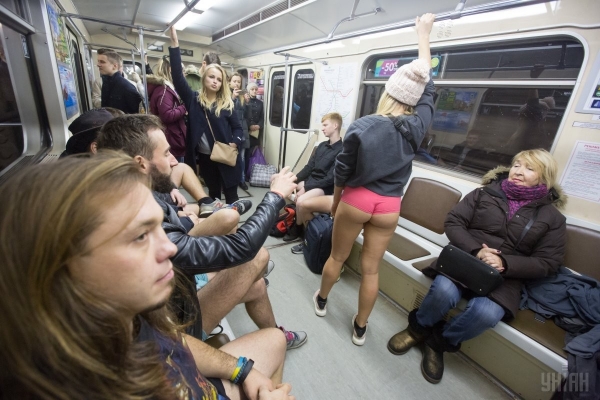 Flash mob in the subway

Unconventional competitions of beauties were also at the peak of popularity this year. In the Thai capital Bangkok held a charm for us, the beauty contest “Miss Tiffany”. In this, at first glance, everything is the same as in other similar events – contestants parade in gowns and swimsuits, and the jury evaluation. However, the contestants of “Miss Tiffany” transgender people are. The competition is held annually and is broadcast live on Thai national television. It gathers the audience of 15 million viewers. 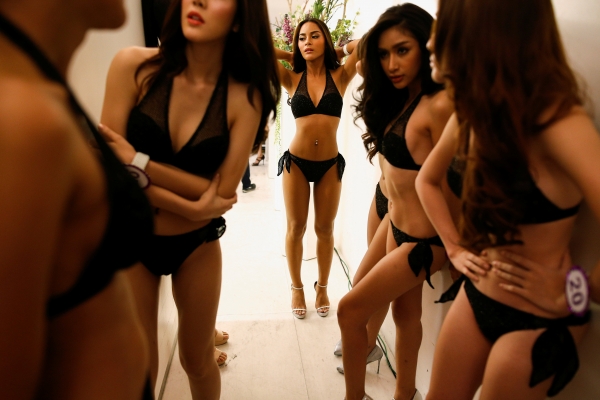 A beauty contest among transsexuals

5. The morning after the attack in nice: the promenade is still shooting the truck and lie the bodies of the dead

Unfortunately, the 2016 users will remember not only the positive events. July 14 during the celebration of Bastille Day in nice was a terrorist act, which claimed the lives of 86 people. Driver Mohammed Lohweg Boolell driving a truck drove into a crowd of people and stopped only when he was shot by police. Responsibility for the attack took over the terrorist group “Islamic state”. 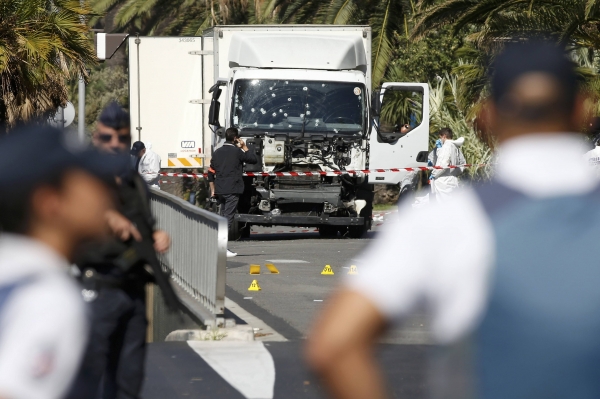 The attack in nice

6. In Odessa from the cold “boiling” of the sea: incredible photo

In January, a beautiful natural phenomenon on the coast of Odessa could see the townspeople and local residents. Due to a drop in temperature to minus 10, the sea began to cool rapidly, emitting steam. 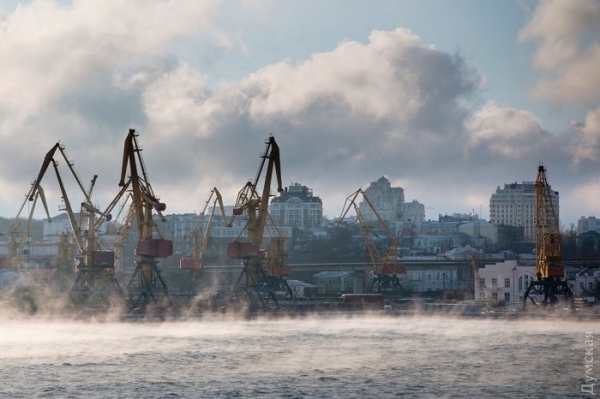 7. Emotional pictures of the war in the Donbass, Hollywood explosion has caused a stir in the Network

In August a big stir in the Network caused a photo of the war in the Donbass, which posted in Facebook Dmitry Muravsky, head of a centre of expertise in the Management of press and communications of the Ministry of defense and Advisor to defense Minister.

The most popular of a series of photos became an emotional photograph of two soldiers carried a wounded comrade from the fire, and behind them breaks the shell. Subsequently, Murawski said that the injured soldier was not terrible, and none of the characters in the photo is not affected. 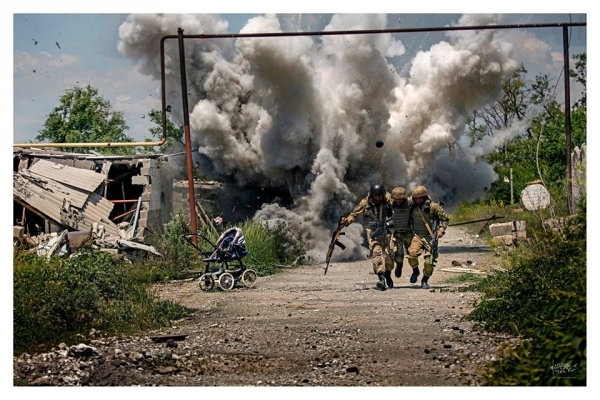 8. “Shamans” and “Grad” in Donetsk held a parade of forbidden technology

Users should not only for the life of the Ukrainian military, but their enemies – the insurgents. In the occupied Donetsk terrorists held a military parade on victory Day, which brought the Minsk agreements prohibited technique. Under the brass band marched Hiking columns of armed militants of the so-called “DNR” and military equipment – both modern and refurbished during the Second world war.

In total, the parade was attended by 45 pieces of military equipment that do not close and can be compared with the Ukrainian machinery parade for Independence Day. 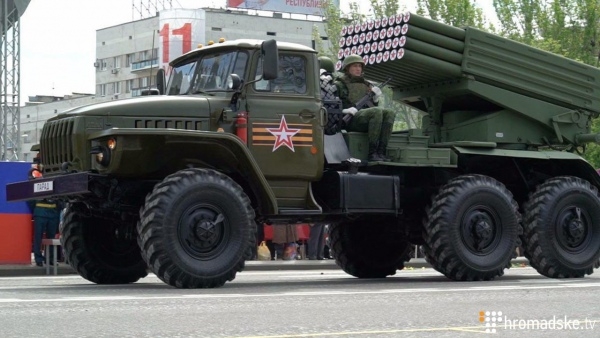