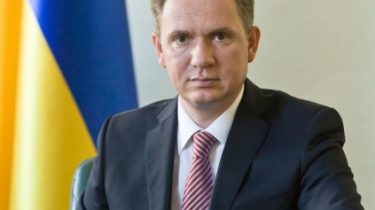 But in NABOO, citing the secrecy of the investigation, refused to disclose the information, they will have another confrontation stations with the Clap.

The head of the CEC Michael ohendovsky on December 26 after the start of the simultaneous interrogation ex-the first Deputy Chairman of security Service Victor Trepak refused to testify.

This was reported in the National anti-corruption Bureau in response to the query Reports.

“December 26, 2016 detectives of the National anti-corruption Bureau began conducting simultaneous interrogation of the CEC Chairperson and former first Deputy Chairman of the SBU. A procedural action is initiated by the detectives Bureau to resolve discrepancies between information the witness had provided to the NAB account leaves “Amarna books”, and public statements of the suspect. However, the suspect after the beginning of simultaneous interrogation refused to testify”, – reported in NABOO. 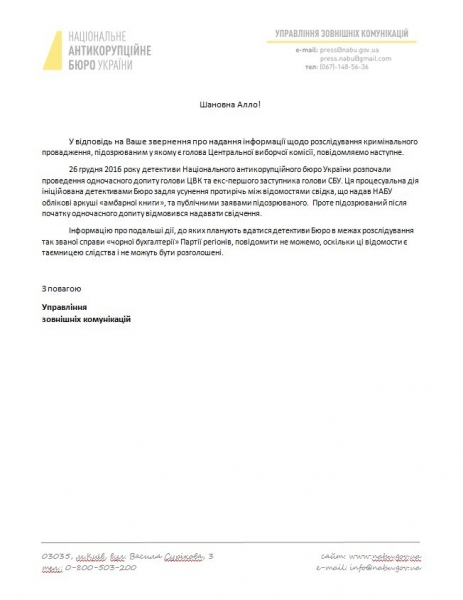 However, NABOO, citing the secrecy of the investigation, refused to disclose the information, they will have another confrontation stations with the Clap.

See photos: NABU confirmed the authenticity of the signatures of the stations in the “barn book” Party of regions

Earlier, the NAB reported that it has collected enough evidence to declare the head of the CEC Michael Okhendovsky suspicion in illegal receipt of funds from the “black funds” of the Party of regions.

As you know, a specialized anti-corruption Prosecutor’s office checks the four possible receipt of funds from the “black funds” of the Party of regions, Chairman of the CEC Mikhail Okhendovsky. Then the head of SAP Nazar Golodnitsky stated, provided that in the NAB Viktor Clap the documents we are talking about granting by the subject A. funds for reimbursement of costs associated with a trip abroad as a member of the CEC.

On the evening of 13 December Okhendovsky handed a notice of suspicion. It happened at the airport “Borispol”, where the head of the CEC arrived from Kyrgyzstan, after observation of the elections and the referendum.

Although prosecutors and demanded to suspend him during the investigation. Stations suspected of receiving bribes from the regionals, his name appears in the black accounting “Party of regions”. There, according to NABU, found the signature stations on obtaining funds for a total amount of 17 thousand dollars.