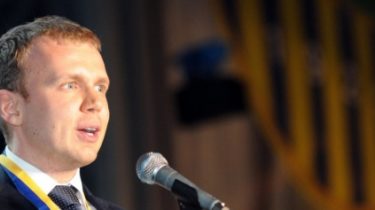 Pechersk court will elect a measure of restraint oligarch-fugitive.

On Tuesday, 3 January, the Pechersky district court of Kiev will consider the request of the public Prosecutor about election of a measure of restraint for the owner of “Eastern European fuel and energy company” (VETEK) of Serhiy Kurchenko.

This was written by the lawyer Yury Sukhov in Facebook.

“Tomorrow (January 3 – ed.) in the Pechersk court begins the Saga of the election for the third time the measure of restraint in form of arrest in respect of Kurchenko S. V.,” wrote Sukhov.

See also: “Kurchenko’s a criminal.” Poroshenko has promised to expedite the investigation of cases against the tycoon

As you know, December 28 the Appellate court of Kiev cancelled the resolution on the arrest of Sergei Kurchenko. At the same time the court ruled a new decision, which denied the petition of the state office of public Prosecutor about election against Kurchenko of a measure of restraint in form of detention.

We will remind, on March 22, Prosecutor General Yury Lutsenko declared to the Ukrainian oligarch-fugitive Serhiy Kurchenko a suspect for crimes in the banking sector.

In may, the court on motion of the senior investigator of the Prosecutor General arrested the property of Sergey Kurchenko.