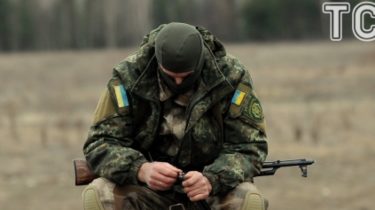 Russia concentrated on the temporarily occupied Donbass about 600 1.3 thousand tanks and combat vehicles.

The Minister of defence of Ukraine Stepan Poltorak summed up in 2016 in the area of the ATO told about the number of Russian military equipment in Eastern Ukraine and about how many there are Russian regular troops. He reported about it in interview to the 5th channel.

So, according to Poltorak, Russia concentrated on the temporarily occupied Donbass about 600 tanks, 1.3 million combat vehicles, artillery systems 860 and 300 multiple rocket launchers.

“Of course, with this military buildup, especially those who do not wish to perform the Minsk agreement, who are very aggressive towards Ukraine, to talk about the calm was very difficult,” – said Poltorak.

Read also: the Part of ATO soldiers greeted the New year in the train due to the rotation

Also, according to Poltorak, in the occupied Donbas formed a 40-strong Russian military group, 5 thousand of them regular troops of the Russian Federation.

“In fact, this year in the area of ATO the situation was always quite tense and heavy. This was due to the fact that the Russian group was formed in the area of ATO, today, there are about 40 thousand, 5 thousand is regular Russian troops”, – he said.

In addition, Poltorak said that the Russian occupation troops in the past year more than 16 thousand times violated the silence regime.

“They (the Russian military and the militants – Ed.) grossly violated the Minsk agreement, only this year more than 16 thousand times violated the silence regime”, – he said.

“Unfortunately, during the conduct of hostilities and attacks just this year we received 1.5 thousand personnel of the wounded and 211 people were killed,” – said Poltorak.

We will remind, earlier the speaker of the defense Ministry ATO Alexander Motuzyanik told the details of the deaths of two Ukrainian servicemen near Marinka.