The gunmen had shot in all directions and wounded a Ukrainian soldier. Digest ATO 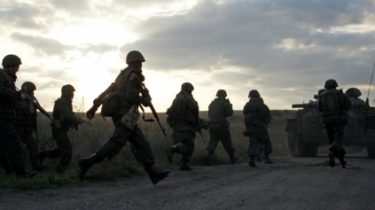 The gunmen had shot in all directions and wounded a Ukrainian soldier. Digest ATO

The invaders did not stop shelling Ukrainian positions. On 4 January the Russian occupation troops fired in all directions.

As for the Luhansk direction, in Novozvanivka fired from a 120 mm mortar shells, and the Novoaleksandrovka and the Village of Lugansk — rocket-propelled grenades.

“On Donetsk the direction of the 120 and 82 mm mortar shells the enemy fired at Trinity and Zaiceva and rocket-propelled grenades and small arms repeatedly fired at Lugansk, Avdeevka and Cool Beam. One of our soldier is wounded”, — stated in the message.

We will remind, for the past day in the Donbass 39 times fighters fired at the Ukrainian positions, in which two soldiers were injured.