NBU auctioned currency amount of up to $ 70 million 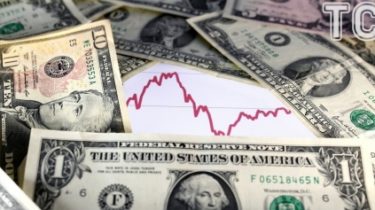 NBU auctioned currency amount of up to $ 70 million

Earlier, the national Bank only to buy the currency.

The national Bank of Ukraine for the first time in 2016, announced an auction to sell foreign currency amount of up to $ 70 million. This is stated in the message of the financial regulator.

Earlier, the national Bank for several days in a row only bought the currency on the Interbank market, clarifies UNIAN. Applications of banks to purchase foreign currency will be accepted until 11-30.

See also: the NBU will dampen currency fluctuations by buying up to $ 100 million

We will remind that earlier it became known that this week at the interbank foreign exchange market is a temporary excess supply of foreign currency, which was formed through a combination of Christmas holidays in Ukraine from working days to USA and Europe. This is stated in the report of the Director of the Department of public markets, the NBU Serhiy Ponomarenko.