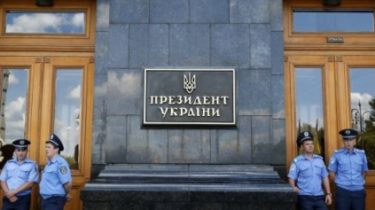 The contract was signed until the end of 2017.

The administration of the President of Petro Poroshenko has hired an American company to lobby interests of Ukraine in the United States. It is reported DW.com with reference to the documents on the website of the Department of registration of foreign agents (FARA) of the U.S. Department of justice.

It is noted that in the US, all individuals and firms that perform orders of foreign governments must report such actions and to disclose information about clients and contracts. Company BGR Group, founded by the former Chairman of the Committee of the Republican party and Governor of Mississippi Haley Barbour a filed the appropriate information in the FARA 1 January 2017 and the customer address in the information listed – “11 Bankova str, Kyiv, Ukraine”.

The contract, according to the newspaper, signed until the end of 2017. According to him, the company each month will receive 50 thousand US dollars.

The objective of the company, the report said, “the strengthening of ties between the U.S. and Ukraine and encourage American entrepreneurs to invest in Ukraine”. In late December, Barbour and BGR Group allegedly agreed with Ukraine on “development and implementation of strategies in the areas of business development and government relations. We are talking in particular about the “meetings” with U.S. officials.