In “DNR” drunk fighter detonated a grenade in the Playground 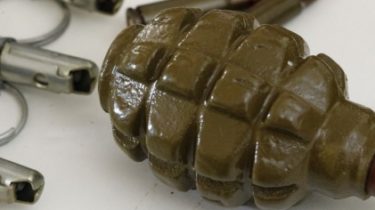 In “DNR” drunk fighter detonated a grenade in the Playground

In the occupied Donetsk drunk fighter blew himself up with a grenade while on the Playground.

“In particular, one of the terrorists, according to some, belongs to “the glorious ranks of the 5-th omsbr” being in one of the districts of Donetsk, drunk to unconsciousness on the Playground managed to blow up in the hands of a grenade”, – stated in the message group.

It is also noted that the gunman did not survive.

We will remind, in the occupied Lugansk and Donetsk has increased the number of cases of desertion and unauthorized abandonment of military duty stations.

It is noted that this phenomenon can be seen in the formations and units of 1 (Donetsk) and 2 (Lugansk) AK armed forces. “January 9, during a sudden inspection by the Commission 1 AK units 11 separate motorized rifle regiment (Lugansk), to clarify the circumstances of the shooting of the commander of the Department subordinate January 8, identified 30 cases of unauthorized abandonment of a military unit in addition to those that were formally”, – stated in the message.