Savchenko plans to publish another list of prisoners to exchange 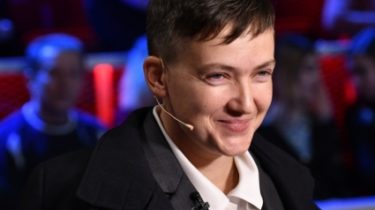 Savchenko plans to publish another list of prisoners to exchange

In her view, publication of such lists is a precautionary measure to avoid speculation in exchange of hostages.

The people’s Deputy Nadezhda Savchenko is preparing for publication another list of prisoners that should be exchanged.

“There is a list that I have not finished and can’t publish because I don’t know, or a list of those who are searching for, and it is unclear how many people might still be alive,” said Savchenko.

According to her, the publication of such lists is a precautionary measure to avoid speculation in exchange of hostages.

See also: an Exchange of prisoners under the scheme “all for all” is possible before the end of winter – Savchenko

Maria Varfolomeeva, Yuri Soloshenko and Gennady Afanasiev, Vladimir Pearls and Yuri Suprun, Nadezhda Savchenko, Taras Kolodiy – these are just a few names from the list of those who this year managed to release from captivity. In General, about two dozen Ukrainian prisoners – this is the information of the Minsk group negotiators and the SBU. In Donetsk and Luhansk prisons are still over a hundred of Ukrainians.