Seven European countries have increased the purchase of Russian gas 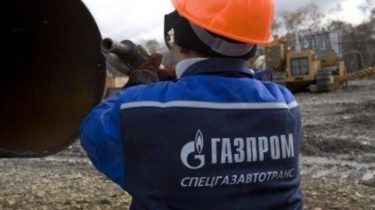 Seven European countries have increased the purchase of Russian gas

The largest client of “Gazprom” is Germany.

In 2016, seven countries of Europe increased its purchases of gas from Russian “Gazprom“. The largest volume of deliveries falls on Germany – 49.8 billion cubic meters (plus 10%). This is a record figure for all years of cooperation.

Such information was published by “Gazprom”, reports “Interfax-Ukraine”.

“Key European countries, many of whom are potential importers of volumes of the “Nord stream-2″, exhibit a significant increase in demand for Russian gas. This trend confirms consumer interest in the project and talks about its growing relevance”, – assure in “Gazprom”.

Complete data regarding exports to all countries in 2016, “Gazprom” expected to publish in mid-February.

Recall, Ukraine for more than a year buys gas directly from Russia, and supplies from European countries (including reverse Russian gas). Also Ukraine refuses to buy gas in Russia in the winter of 2017.