Tillerson argues that the U.S. is ready to defend NATO members 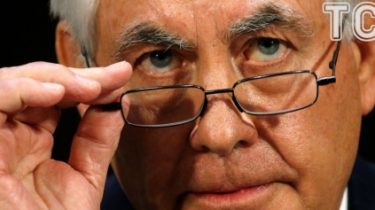 Tillerson argues that the U.S. is ready to defend NATO members

The dedication of the fifth article remains intact, said nominated Donald trump for the position of Secretary USA Rex Tillerson.

The US is ready to come to the defense of any NATO member, if he will tolerate invasion by the Russian Federation.

This was stated by the nominated Donald trump for the position of Secretary USA Rex Tillerson, writes UKRINFORM.

“The dedication of the fifth article remains intact – the United States will adhere to its obligations,” said Tillerson. He added that the USA are ready to protect NATO members in case of external invasion like in Crimea”. Article 5 of the NATO Treaty, an attack on one NATO ally will be considered an attack against all members of the organization.

See also: Tillerson called RF interference in the elections on the orders of Putin “a fair assumption”

Recall, Rex Tillerson refused to recognize the annexation of Crimea during a hearing in the Senate.

The chief diplomat of the United States can become Rex Tillerson

This candidate chooses not the President, and the Senate. And the post meant Rex Tillerson, the former head of one of the largest oil companies, which had strong ties with the Kremlin. He promised to provide Ukraine with military support, called the Russian assault on Crimea as groundless and confirmed the failure to Moscow Minsk agreement and promised to extend sanctions.