During the shelling, three Ukrainian military were wounded. Chronicle of the ATO 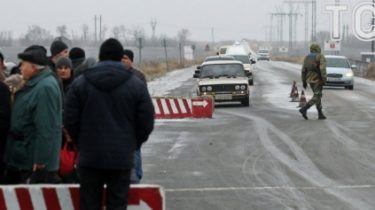 During the shelling, three Ukrainian military were wounded. Chronicle of the ATO

For the past day, January 12, in the area of ATO in the Donbas the militants 78 times opened fire on positions of Ukrainian military. As a result, three soldiers were injured.

On the Mariupol direction fighters from mortars fired at positions of the Ukrainian army in the area of Water and Shyrokine. Palopoli, Hnutove, Krasnogorovka, Marinka, Water and Shirokino were fired from grenade launchers and small arms. BMP was shooting at Talakovka. And sirocina and Talakovka – sniper.

Meanwhile, on the Lugansk direction from 152-millimetric artillery militants fired kalynove-Popasnaya and the Novozvanovka. Of the 120 – and 82-millimeter mortars invaders fired on Gold, Sentyanovka, Novozvanivka and Crimea. From grenade launchers and small arms – Novozvanivka and Novooleksandrivka.

On Donetsk the direction from the 120 – and 82-millimeter mortars, Luhansk, Trinity and the end of September. From grenade launchers and small arms fired at the Ukrainian positions in the area of Kamenka, Luhansk, Zaytsevy, Avdeevka and Trinity. In Lugansk fire kept enemy infantry fighting vehicles.