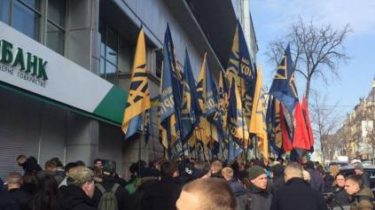 The national Bank of Ukraine has received all necessary documents from the management of “Sberbank of Russia” for the sale of Ukrainian “daughter”.

About it reported in a press-service of the NBU, reports “Interfax-Ukraine”.

“NBU on April 10 received from the investor a package of documents for approval of acquisition of substantial shareholding in Sberbank. According to the documents, the investor is a citizen of the UK and the Russian Federation — said M. Gutseriev, who intends to purchase a 77,5% stake in financial institutions”, – stated in the message.

Earlier it was reported that the Russian Sberbank officially leaving the Ukrainian market. At the same time, the head of the NBU Valery Gontareva said that the regulator had not yet received the documents regarding the procedure of sale.

As is known, the Russian “Sberbank” has announced the sale of all shares of the Ukrainian subsidiary Bank. Ukrainian “Sberbank” buying a consortium of investors, which will include the Latvian Norvik Banka and Belarusian private company. The main shareholder of the Bank of Latvia – the citizen of great Britain Grigory Guselnikov, his partner in the purchase and the majority shareholder will also be a UK citizen, said Gutseriev.

In “Sberbank” is also officially announced that it expects to leave the Ukrainian market in accordance with applicable law and will be considered aggressive actions against subsidiaries as intentional harm to the interests of the Ukrainian clients and the state of Ukraine.