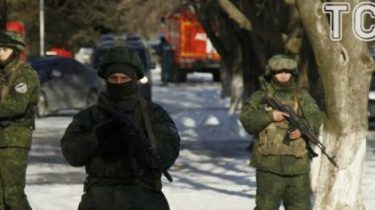 The militants bring in lists of personnel, “dead souls” to get money.

It is reported by the Main Department of intelligence of the Ministry of defense of Ukraine on the page in Facebook.

It is noted that the Commission of the Russian occupation command of the 7th separate motorized brigade (Bryanka) 2 AK revealed the facts of detention in the units on the positions of privates and sergeants to hundreds of so-called “dead souls”.

“According to records of the number of deserters and missing soldiers, allowing the commanders of the battalions of the brigade to them calculated on the cash collateral, to be written off for their account current food, clothing and other kinds of military property and sell it for their own enrichment,” the message reads the message.

In turn, in 9 separate assault infantry regiment of the marine corps (Novoazovsk) 1 AK the results of the work of the Commission a comprehensive and thorough medical examinations discusses the issue of dismissal from military service a number of servicemen of the armed forces.

In particular, the issue of dismissal of the commander of a battalion of the regiment. Such actions are carried out for revealing their drug and alcohol addiction.

We will remind, earlier it was reported that the FSB across the Samara region allegedly detained a “Ukrainian agent intelligence”, which studied the objects of military and transport infrastructure in the unrecognized “DNR”, Rostov and Samara regions.

In turn, the Ministry of defence of Ukraine denied the involvement of the detained in Russia Ukrainian agent” to the Ukrainian intelligence.

Later in Russia released a video of the interrogation of alleged “Ukrainian spy”detained by the FSB in Samara.