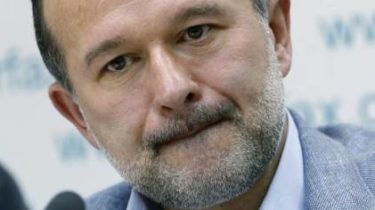 The former head of the emergencies Ministry, the former Chairman of Transcarpathia, people’s Deputy Viktor Baloha said that Ukraine’s President Petro Poroshenko offered him to head the Ministry of defense.

“We had normal relations with the President — he offered me positions in the government,” — said Baloga.

On the question of what the post he was offered the acting President of Ukraine, Petro Poroshenko, and whether it was connected with the Ministry of emergency situations, he said, “No, to head the Ministry of defense to Galatea (ex-defense Minister — ed.) But I develop this theme I don’t, because nothing happened — I resign”.

Ex-sponsor of the “Batkivshchyna”: Balogh Azarov warned that confused with Tymoshenko will not be

Balogh said that Poroshenko actually he talked a long time about a year and a half ago. And during the last conversation, talked “about life”.

“To be honest, and Poroshenko can confirm: I am in my life still never a President of anything not asked for. Every time I met with the President, on the contrary — he had questions and seek advice. This applies not only Poroshenko, but also other presidents. Always,” said Balogh.