In Kiev will be the second hospital emergency room 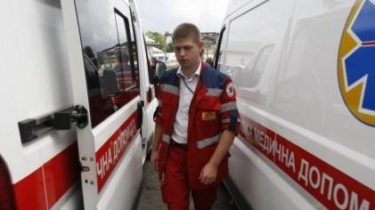 On the Right Bank of Kiev will be the first hospital ambulance, which will operate on the basis of Kyiv city clinical hospital № 6.

This was stated by the mayor of Kiev, Vitali Klitschko during the inspection in the hospital, the press service of the KSCA.

“In Kiev is today, one emergency hospital, which is located on the Left Bank and provides emergency assistance to residents throughout the capital. And correctly to create the hospital emergency room and on the Right Bank. In the hospital № 6 has all the possibilities for this and all the experts. So we made the decision on creation on its base of emergency hospital”, – said Klitschko.

In his words, has already begun pre-construction work.

It is planned that the hospital will accept emergency patients str Sviatoshynsky and Holoseievski areas, and that overall about one million people of Kiev.

The Kiev government is working to allocate money from the budget to begin construction.

In Kiev there will be four new cycle routes